QUEENS COLLEGE STUDENT AIMS FOR THE MOON WITH ARTEMIS I MISSION 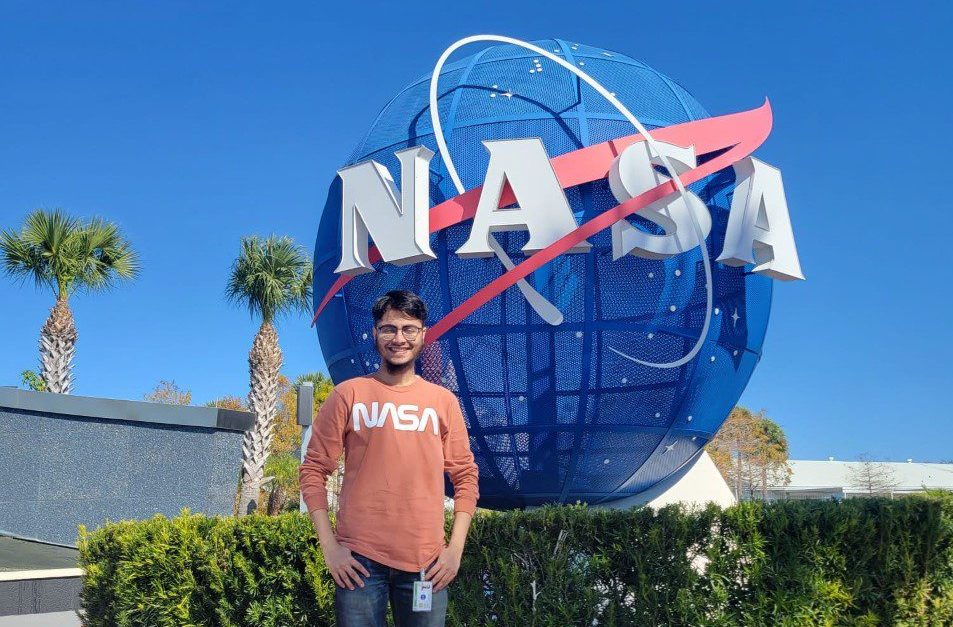 Flushing, NY, November 4, 2022—Queens College senior Umar Kagzi has done his best to get Artemis I off the ground. Delayed from liftoff at the Kennedy Space Center in Florida by Hurricane Ian, Artemis I is now scheduled to launch for the moon on November 16—and it will go with the aid of software that Kagzi helped develop as part of a National Aeronautics and Space Administration (NASA) team. The next month, the Flushing native expects to complete his bachelor’s degree.

The world has been watching this mission closely. Artemis I represents the first phase of NASA’s work on the most technologically advanced space exploration to date, culminating in manned flights to both the moon and Mars as well as scientific projects on the moon.

“At Queens College, our motto is Discimus ut serviamus: We learn so that we may serve. Umar represents exactly the qualities that we seek to encourage in our students,” says President Frank H. Wu. “He is still an undergraduate, yet he has already contributed to a moonshot and, even more profoundly, the advancement of scientific knowledge important to the world. We are tremendously proud of him.”

Kagzi, a computer science major, says that he “was always interested in the software side of things in space.” He first approached NASA in spring 2021, hoping to win one of its highly competitive internships. Awarded a paid internship by NASA’s Office of STEM Engagement, he worked remotely that summer as a software engineering intern with the Marshall Space Flight Center in Huntsville, Alabama. He and his team had less than two months to develop software for organizing a multimillion-dollar NASA competition called the Deep Space Food Challenge.

“The application we made was used for the official competition and assisted in the grading of hundreds of applications from around the world,” added Kagzi. “The fact that we were able to complete such a sophisticated application in this short timeframe was an astounding achievement and one of the best engineering projects I’ve ever worked on!”

His work on that project led to a second remote internship that fall with the Space Flight Software Development team, where he was able to help write test flight software for the Space Launch System–Artemis Program. “My primary task was to develop this software for both the Artemis I and Artemis II spaceships using Python and an internal NASA tool,” Kagzi explains. “The software tested the internal components and the guidance and navigation systems of the spaceships in a virtual environment to ensure they would work fine in the actual Artemis spaceship.”

Since January 2022, he has held his third consecutive internship at NASA—now as a remote software engineer with the prestigious Pathways program, an opportunity designed to offer him a route to a NASA career. Kagzi was one of approximately 160 students chosen for the program out of a pool of nearly 10,000 applicants across NASA. He currently works on developing NASA software projects with his team at the Kennedy Space Center in Florida.

In the future, Kagzi looks forward to “working on exciting and challenging opportunities” and someday pursuing an advanced degree. For now, however, he is focused on his own big date in December, when he hopes to graduate.

About Queens CollegeQueens College enjoys a national reputation for its liberal arts and sciences and pre-professional programs. With its graduate and undergraduate degrees, honors programs, and research and internship opportunities, the college helps its students realize their potential in countless ways, assisted by an accessible, award-winning faculty. Located on a beautiful, 80-acre campus in Flushing, the college has been cited by Princeton Review as one of America’s Best Value Colleges for five consecutive years, as well as being ranked a U.S. News and World Report Best College and Forbes Magazine Best Value College thanks to its outstanding academics, generous financial aid packages, and relatively low costs. Visit our homepage to learn more​.

Media and College Relations
718-997-5593
maria.matteo@qc.cuny.edu
Press Release Archive
We use cookies to ensure that we give you the best experience on our website. If you continue to use this site we will assume that you are happy with it.Accept